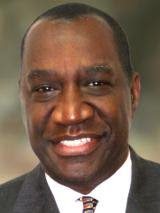 Jean H Charles MSW, JD is Executive Director of AINDOH Inc a non profit organization dedicated to building a kinder and gentle Caribbean zone for all. He can be reached at: jeanhcharles@aol.
Published on Saturday, August 1, 2009
By Jean H Charles

Haiti at this time of the year is a big party town! To put it in perspective, just imagine Carnival in Trinidad extended from one week in February to a full month from July 15 to August 15.

The first salvo is launched on July 16 for the feast of Our Lady of Mount Carmel in Ville Bonheur. The legend says that the Lady of Mount Carmel appeared around the beginning of 1900 on a tree in Ville Bonheur to a Haitian peasant. He went to the parish priest to inform him of his divine encounter and of the message sent by Virgin Mary. The priest ordered that the tree to be cut. Soon after, the priest died violently; under such a visible sign of God’s power that the Catholic Church took the disposition to build a sanctuary dedicated to the Blessed Virgin and the pilgrims have kept coming since, seeking solace for physical and psychological ailments. They arrived in hordes from Canada and the United States as well as from all the towns and the cities of Haiti.

I did not take part this year in that ritual. I drove instead to the northern part of the country to the city of Port Margot to attend the fiesta of St Marguerite on July 19 and 20. The eve of the fiesta is as important as the day of the celebration. In the afternoon, the people converge from all parts to assemble around the city square near the church village. Contrary to the popular custom, the doors of the church are closed. In the Brule bois ceremony, a stack of wood is assembled to be blessed by the priest before being burned in front of an enthusiastic crowd, officiated that day by a voodoo priest.

The second event of the day is the mega open air party sponsored by two rival big bands: the Tropicana and Septentrional. Tropicana is 46 years old and Septentrional is 61 years old. They have been engaged into a fierce competition that reminds one of competing baseball teams: Yankees versus Red Sox. My circle of friends this year is die hard Tropicana fans. Lefranc Coimin, gracious enough to drive me to the different fiesta towns, does not negotiate his passion for Tropicana. In fact, Tropicana does have an edge over Septentrional revived with new blood but not enough poise to reach the standard of the old Septent as it is lovingly called.

The party is a communal bacchanal where some 5,000 people converge into a football field transformed into a dance hall. What happens between you and your mate only the stars and the light of the half moon are the witnesses!

The fiesta in Port Margot is followed by the one in La Plaine du Nord for the feast of St Jacques the Major on 24 July. The pilgrim’s devotion to St Jacques in La Plaine du Nord is as strong as those in Compostelle in Spain, except there is a strong mixture of voodoo ritual and practice outside the church which intermingles with the Catholic Church service.

The next day (July 25) the fiesta moves to Limonade, another village, for the feast of St Anne the mother of Virgin Mary. It is a local as well as an international event. Haitians from the Diaspora come to enjoy, renew and be blessed to endure the travails of another year.

From there the party caravel climbs to the mountain top village of Marmelade for the feast of St Martha on July 30. Marmelade in July is as cool as a Swiss town in the spring.. It is refreshing, rustic, a potential Vail, Colorado, without the snow.

Using the historic city of Cape Haitian as a hub, you will enjoy a full month of cultural activities that might be unique not only in the western hemisphere but in the whole world. The only stiff competitor is in Asia: Bali, Indonesia where the cultural and religious festivals (albeit Buddhist) take place regularly. I do not trust the Haitian Ministry of Tourism to package and bring market value to this extravaganza unique in the world.

Preparing for next year’s festival, I would befriend a Haitian person anywhere in the world with the proviso that you request to be invited as a guest to the Fetes champetres. Sigrid Martin, former Director of the French Alliance, back in Haiti for the fiesta, put it best to Cyrus Sibert of Citadelle Reseau (a Haitian network news agency): “Haiti at this time of the year is pure oxygen, a breath of fresh air laden with lilac to bring solace to a soul stressed with the complications of big city life.”
Publié par Cyrus Sibert, #LeReCit @ReseauCitadelle à 11:52