HAITI: Did You Say Government? 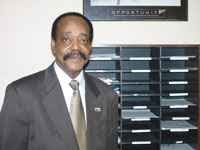 What government? Is it the government that failed to offer its condolences or its sympathy to its own people in distress, that had just started counting its dead on the ravaged streets of Port-au-Prince, Leogane and Jacmel, the three cities most affected on January 12, by this devastating and murderous earthquake measuring 7.2 on the Richter scale? Or, is it the government, no member of which showed up to help the citizens of their own country dig into the rubles to help pull out survivors, as the people of Haiti were seen to do with their bare hands so heroically?

What government? Is it the one that waited more than a week before even attempting to relocate their homeless and distressed citizens from the streets and into orderly Tent Cities where they could receive food and water, police protection, medical attention and sanitation services?

What government? Could it be the one that cowered into hiding while sending tractor loaders to pick up from the streets the dead bodies of our brothers and sisters, and perhaps foreigners also, including American citizens, throw them into a dump truck, with the whole world watching, and cascade them down like - I can’t bring myself to say the word - on a pile of other deceased victims on bare land, so unceremoniously, so callously, that the American media, Mr. Anderson Cooper of CNN in particular, felt repulsed enough to display openly a rightful indignation?

What government? Is it the one that finally emerged miraculously in Montreal, Canada, to profess an imagined ability to rebuild on its own a devastated Haiti, if only the International Community would be gullible enough to just give money, when funds donated in previous disasters remain unaccounted for?

What government? Is it the one now prosecuting a sorry bunch of religious missionaries who seem to be more at home in a world of prayers and do-gooders, and more eager to help the poor and the weak than educating themselves about the intricacies of legal adoption in the chaotic realities of post-earthquake Haiti?

Surely, mistakes were made. A crime may even have been committed. But, how about compassion, leniency or forgiveness in a public display of common sense, finally, or gratitude toward the American people whose generosity and solidarity with the people of Haiti remains boundless. Prime Minister Bellerive’s action, in this particular context, is far from being judicious, nor does it represent the compassion, grace and gratefulness that Haitians are known for. I urge President. René Préval to facilitate a pardon for the 10 American missionaries now charged with kidnapping, and return them to their anxious families in the United States. The children suffered no harm, and a powerful message has been sent to child traffickers. So, let’s return to the urgent business of taking care of the people of Haiti in their daily struggle for relief, recovery and survival. Prime Minister Jean Max Bellerive’s energies would be better spent on re-arranging the priorities of his government, about which most Haitians and Haitian-Americans seem to feel disgusted, quite frankly, for its absence and total irrelevance in the daily lives of Haitians, as the tragedy of this earthquake continues to unfold.