June 30, 2013Cyrus SibertReseau CitadelleCap Haitien, HaitiDear Cyrus,Please tell the boys how proud I am of each and every one of them. By their extraordinary courage and perseverance they have made a huge difference for the safety and protection of children in Haiti.No one in Haiti has ever done what they have accomplished.As for you, Cyrus Sibert, there are no words to describe your incredible courage and heroism in helping these terribly wounded victims rise up to tell their horrific stories and pursue justice.Together with the boys, you have persevered through the most difficult of times.You have been their "papa."No one, Cyrus, has ever loved and cared for these boys as you have.I am proud and honored to be your friend.Semper Fidelis.Regards,PaulPS Please pass this on to the boys and Cassandra and your kids.Cc: Isaac Marcelin      Victoria Kendrick
____________________
RESEAU CITADELLE : LE COURAGE DE DIRE LAVERITE!!!
"You can fool some people sometimes,
But you can't fool all the people all the time."
(
Vous pouvez tromper quelques personnes, parfois,
Mais vous ne pouvez pas tromper tout le monde tout le temps.
) dixit Abraham Lincoln.
Publié par Cyrus Sibert, #LeReCit @ReseauCitadelle à 14:42 Aucun commentaire: Liens vers cet article

The sordid sex scandal involving 24 Haitian street boys, Douglas Perlitz and the Project Pierre Toussaint program has come to an end.
Lawyers for the boys, who claim they were sexually abused by Perlitz, reached a $12 million settlement Friday with attorneys representing people and charities accused of promoting and raising money for Perlitz's program but failing to properly supervise him.
Perlitz was among the founders of Project Pierre Toussaint, which outlined its purpose as helping to feed, clothe and educate Haitian boys in their country. Instead, the boys' lawyers claim, it became an instrument of abuse.
"This ends the litigation pending in the District of Connecticut in connection with the Perlitz matter," said Stanley A. Twardy Jr., Fairfield University's lawyer. Twardy previously served as Connecticut's chief federal prosecutor.
Fairfield University was one of numerous defendants, which also included the Rev. Paul E. Carrier Jr., who court documents identify as a former chaplain at the school and a former officer of the Haiti Fund Inc., Project Pierre Toussaint's nonprofit fundraising arm; the Society of Jesus of New England, Carrier's Jesuit order; the Sovereign Military Hospitaller Order of St. John of Jerusalem of Rhodes and of Malta; American Association, USA, which also provided money; and Hope Carter, a member of the board of directors of the Haiti Fund, a New Canaan philanthropist and Malta member, move for the dismissal of all pending cases involving 24 plaintiffs.
"The settlement agreement does not consitute an admission of liability," said Alice Poltorick, provincial assistant for communications for the New England Province of the Society of Jesus.
Poltorick said that while Project Pierre Toussaint was not a mission of her organization, one its members served on the board.
"It is our hope that this money will help those who were harmed by Douglas Perlitz," she said.
Attempts to reach lawyers for Carrier, Carter and the Sovereign Military Hospitaller were unsuccessful Saturday.
Twardy said Friday's settlement "is not an admission of liability by any defendant."
Paul Kendrick, a Fairfield University graduate who spent years advocating for the boys, heralded their courage in pressing the sexual abuse charges across international boundaries and against Perlitz, who was a popular figure in Cap-Haitien, where his program contributed heavily to the economy.
"They have left a legacy and sent out a very strong message for the first time in Haiti that NGO's (nongovernmental organizations) must put policies, practices and systems in place and be vigilant about the volunteers they send overseas to ensure the safety of the children in their care."
A joint motion for voluntary dismissal in all the cases was filed by lawyers on both sides with U.S. District Judge Robert Chatigny in Hartford.
Sources said the settlement money, coming from insurance policies, has been delivered to Mitchell Garabedian, who led the plaintiffs' legal team.
In acknowledging the settlement Saturday, Garabedian said, "It is an honor to represent" all 24 courageous plaintiffs.
The lawyer said he will conduct a news conference Monday to discuss the terms. It will be up to Garabedian to develop a system for parceling out the money to his clients, all of whom are believed to reside in Haiti.
The settlement brings to a close the saga of a program that drew national media attention, as well as hundreds of thousands of dollars in contributions from wealthy Fairfield and Westchester county Catholics, for nearly a dozen years.

It grew from its 1997 humble beginnings in a Cap-Haitien parking lot into a three-stage program, which included a walled-in residential school which taught farming, animal husbandry, roofing, plumbing and other trades needed to revive one of the poorest countries in the world.
Its end began in 2007 when Cyrus Sibert, a Haitian journalist, exposed a sex scandal involving Perlitz. By the summer of 2009, contributions decreased, the program shut down and an international investigation began involving the Haitian National Police, the United Nations and the U.S. Department of Homeland Security's Immigration and Customs Enforcement division.
In Connecticut, Assistant U.S. Attorney Krishna Patel and ICE Special Agent Rod Khattabi built a criminal case against Perlitz, which led to his indictment and conviction.
Pleading guilty to traveling overseas to engage in sex with a minor, Perlitz was sentenced to 19 years and seven months in federal prison.
In 2011, nearly $49,000 seized from Perlitz's accounts was distributed to 16 victims named in the criminal cases.

NO MORE SECRETS -
DEFENDANTS, FAIRFIELD UNIVERSITY, THE NEW ENGLAND JESUITS AND ORDER OF MALTA, WRITE $12 MILLION CHECK IN ATTEMPT TO KEEP COVER UP OF CHILD SEXUAL ABUSE A SECRET.
THE THREAT OF A JURY TRIAL, NOT GOSPEL VALUES, FORCES CATHOLIC INSTITUTIONS TO MAKE REPARATIONS FOR THEIR NEGLIGENCE IN PROTECTING CHILDREN IN HAITI.
PUBLIC APOLOGY MUST BE MADE TO TERRIBLY WOUNDED ABUSE VICTIMS.
A $12 million settlement agreement for Haitian child sexual abuse victims raises legitimate questions and concerns;
All provisions of the settlement agreement must be made public.
Evidence and testimony must be exposed.
100% openness and transparency.
Legacy of helping others must be maintained for courageous Haitian sexual abuse victims
1) Will the victims who have reached the age of majority receive their portion of the settlement immediately?
2) Will each victim receive the same amount? If not, why not?
3) Is there a trustee? Who? Why is there a trustee?
4) Will you now make public all evidence, documents, affidavits, etc. that pertain to these cases? If not, why not (as was done in the Los Angeles agreement)? Did Jesuit officials bargain for secrecy?
5) Did you make a deal with the defendants to keep secret the aforementioned information?
6) What provisions are the defendants making to pay for professional counseling services for the terribly wounded victims?
7) Do the provisions of the settlement agreement call for the defendants to issue a public apology to the abuse victims for their role in not protecting the children?
8) Will the restrictions placed upon Father Paul Carrier, S.J. by the Jesuit Superior continue? Will Father Carrier continue to be restricted from all public ministry? Will Fr. Carrier be laicized? Are any of these things part of the settlement agreement?
9) Will the defendants (Fairfield University, the New England Jesuits and the Order of Malta, create an endowment to raise awareness and education about child sexual abuse in Haiti?
10) Were the abuse victims in these cases included in the decision making process that culminated in this settlement agreement?
Pau Kendrick
____________________
RESEAU CITADELLE : LE COURAGE DE DIRE LAVERITE!!!
"You can fool some people sometimes,
But you can't fool all the people all the time."
(
Vous pouvez tromper quelques personnes, parfois,
Mais vous ne pouvez pas tromper tout le monde tout le temps.
) dixit Abraham Lincoln.
Publié par Cyrus Sibert, #LeReCit @ReseauCitadelle à 08:31 Aucun commentaire: Liens vers cet article 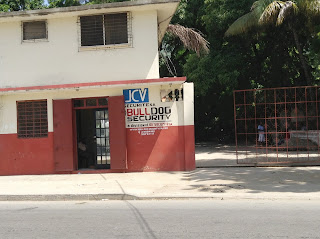 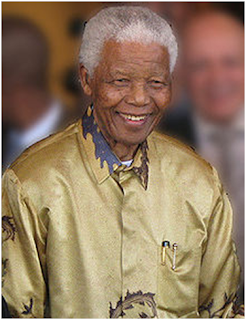 "Some facts the reporter stated are not correct" we will "hold a press conference Monday to state the correct facts"  "we do not want to make it more confusing." Mitch Garabadian, the lawyer of the boys abused by Douglas Perlitz

Haiti-Pedophile : $12M settlement reached in sex abuse cases.---
Michael P. Mayko
Updated 2:16 pm, Saturday, June 29, 2013
A $12 million settlement has been reached in the civil cases arising out of the sexual abuse by Douglas Perlitz on at least 23 abandoned Haitian street boys who were being taught, fed and clothed in a three-phase program funded by wealthy Fairfield and Westchester County Catholics and promoted byFairfield University, the Knights of Malta and theSociety of Jesus, New England.
The settlement ended three months of negotiations between lawyers for both sides. The settlement money comes from insurance policies and will be spread out over a series of years. It expected that a monitor will be appointed to dispense the money.
Perlitz, who created the program he named Project Pierre Toussaint, is serving a 19-year, seven month federal prison sentence after pleading guilty to traveling overseas to engage in sex with a minor. His program, which began in 1997 with start up funds from the Knights of Malta, grew into a three phase program with an enclosed residential school that taught abandoned Haitian boys farming, carpentry, roofing, plumbing and other needed trades in one of the world's poorest nations.
However, the program ended in 2009 when contributions dried up after the scandal became public.
http://www.ctpost.com/local/article/12M-settlement-reached-in-sex-abuse-cases-4638102.php
____________________
RESEAU CITADELLE :  LE COURAGE DE DIRE LAVERITE!!!
"You can fool some people sometimes,
But you can't fool all the people all the time."
(
Vous pouvez tromper quelques personnes, parfois,
Mais vous ne pouvez pas tromper tout le monde tout le temps.
) dixit Abraham Lincoln.
Publié par Cyrus Sibert, #LeReCit @ReseauCitadelle à 12:39 Aucun commentaire: Liens vers cet article