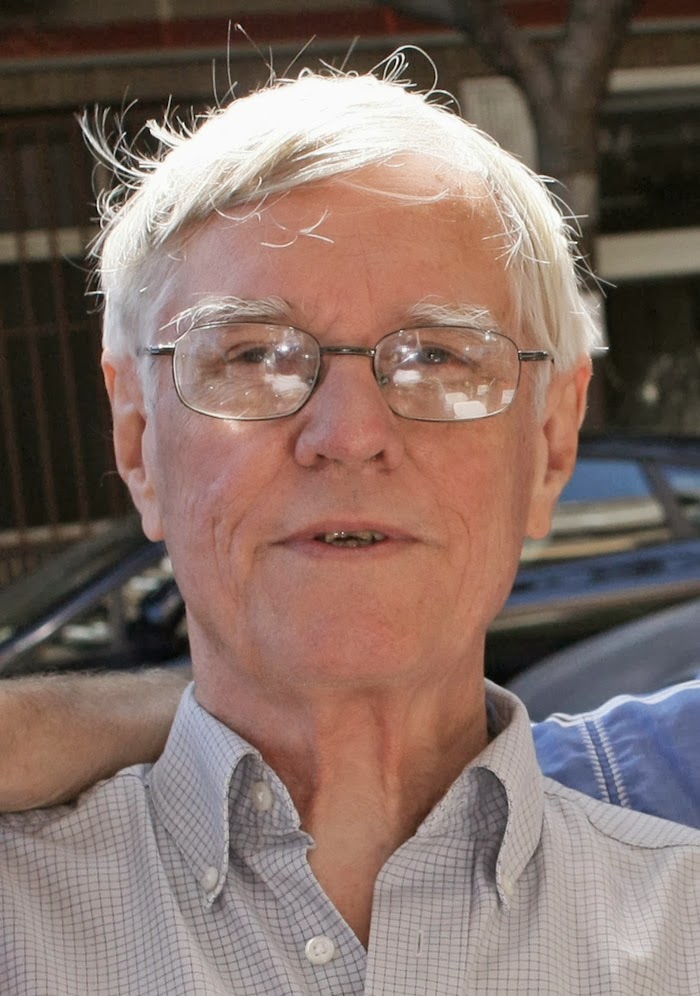 Tom Reeves, retired professor at Boston's Roxbury Community College who died in Baltimore on Sunday, February 19, 2012, of heart failure at age 72 was a social activist in many arenas. There is a family tale of descent from the great Virginia patriot, Patrick Henry. Though Tom would agree with "Give me liberty or give me death," the fiery Thomas Paine was his real spiritual ancestor. Like Paine, Tom was a great organizer and cantankerous visionary. He was a civil-rights activist in the South in the 1950s and '60s, an anti-Vietnam War campaigner who helped bring an end to the draft, a gay-rights organizer, a voice in the wilderness calling for reform of sex laws, an advocate for those with HIV/AIDS, and an agitator against U.S. support of repression in the Caribbean, especially Haiti.

From 1976 to 2001, Reeves taught at Boston's historically black Roxbury Community College, where he became a full professor of social sciences and director of the school's Caribbean Focus program. Tom had a particular interest in the plight of Haiti, writing and speaking frequently about the country and joining a number of delegations and humanitarian missions, for which he was honored by the Haitian government. At Tom's invitation, the then recently-overthrown Haitian president Jean-Bertrand Aristide spoke at the college and received an honorary degree in April 1992.

Born in Nashville, Tennessee, in 1939, Tom was ordained a Methodist minister and pastored a church in Blue Springs, Alabama, while attending Birmingham Southern College, from which he graduated in 1960. He went on to get a Master's of Divinity from Harvard in 1963 and an MA from American University in 1964. Tom did further postgraduate study (1964-66) at the Otto Suhr Institute of Political Science and Humboldt University, both in Berlin.

From his earliest days as a minister, Tom was attracted by the example of Martin Luther King, Jr., with whom he sometimes worked, and was involved in many protests, marches, and sit-ins. An article in the New York Times (April 12, 1960), "Fear and Hatred Grip Birmingham," notes the arrest of "Thomas Reeves, a 21-year-old white student at Birmingham-Southern College and part-time preacher...." It was the earliest of many arrests and stints in jail that Tom faced for his political activism.

In the late '60s, Tom worked and taught in Washington, D.C., teaching at, among other schools, American University. He was the director of the National Council to Repeal the Draft. From 1969 to '71 he was a speechwriter for US senators Michael Gravel, Mike Hatfield, and George McGovern, the latter two of whom wrote introductions to The End of the Draft (Random House and Vintage Press, 1970), a book Tom co-wrote with Barry Goldwater speechwriter Karl Hess.

Tom's work against the draft brought him to national prominence. A front-page story in the Harvard Crimson (March 2, 1970) reported on his speech the night before at Kirkland House. "'[T]here is a realistic chance of repealing the draft' in view of the wide-ranging agreement across the political spectrum on this issue," the paper reported. "Reeves said that 'people are challenging the idea that the central state should have the power to tell others how to run their lives.'"

After returning to Boston in the early '70s, Tom joined the burgeoning gay liberation movement based around the Charles Street Coffeehouse. He frequently contributed to Gay Community News. As part of the radical Fag Rag collective and the Boston-Boise Committee, he tried to create a liberated gay culture.

Garrett Byrne, Suffolk County district attorney, was running for reelection in 1977. He turned two series of arrests for public lewdness in Boston Public Library restrooms and for statutory rape at a house in Revere into an anti-gay crusade. Tom Reeves and his fellow Fag Rag members, ministers and congregants of the Metropolitan Community Church, and other gay leaders fought back, forming the Boston-Boise Committee. Gore Vidal spoke at a benefit for the group at Arlington Street Church, an event a justice on the Massachusetts Supreme Judicial Court sparked controversy by attending. Through demonstrations, public meetings, and publicity, Byrne's campaign failed. The remaining criminal cases fizzled and Garrett Byrne was not reelected.

As a follow-up to the Boston-Boise Committee, Tom organized a conference on December 2, 1978, on the issue of ages of consent. At that conference, a group later known as the North American Man/Boy Love Association was formed by a caucus of several dozen in attendance. Tom strove over many years to convey the message that sex was something to celebrate, not fear. However moral panics ensued in the 1980s and '90s, fueled by hysterias over the McMartin preschool case, 'Satanic abuse,' and recovered memories. All were shown to be without basis, but were used to hammer NAMBLA. Less radical gays soon to be mainstream separated from Tom on this issue.

Yet Tom was also a founding member and organizer of groups that would become more mainstream, such as Gay and Lesbian Advocates and Defenders (GLAD), which grew out of the Boston-Boise Committee, and later, in the midst of the AIDS crisis, ACT UP.

"Tom was especially active as a member of ACT-UP / Boston's Housing Working Group," recalls Robert Folan. "The working group organized numerous ACT-UP demonstrations to bring pressure on the city of Boston to respond to a growing crisis of homelessness among people with HIV. The group's efforts resulted in the city committing to the development of new housing for PWAs. Over the next decade, hundreds of housing units for people with HIV would be created to alleviate the homeless problem."

"As an ordained Methodist minister since his teens, Reeves always lived his life according to the highest Christian ideals," said longtime friend and investigative journalist James Dubro. "He gave a lot of himself daily to those less fortunate and to marginalized minorities throughout his life."

Tom suffered a lot for his beliefs in the last quarter century of his life. Not for his religious beliefs, which were conventional enough (he particularly subscribed to the ecumenical Taizé movement), but for his belief in the importance of challenging the U.S.'s ever more punitive sex laws, and particularly sex-offender registries, which he considered analogous to the Puritan scarlet letter.

"Tom was of the Tzadik Nistar," Dubro goes on, referring to the mystical Judaic contention that God will spare a city if it contains even a few just men. "He counted among the 36 righteous who justify the existence of man to God."

A memorial service is set for Saturday, April 28, 2012, at 3 p.m. at the Community Church of Boston (565 Boylston Street) in Copley Square. In lieu of flowers, consider a donation to the St. Joseph's orphanage in Port au Prince, Haiti (Heartswithhaiti.org).
Cyrus Sibert, #LeReCit @ReseauCitadelle à 16:52
Partager