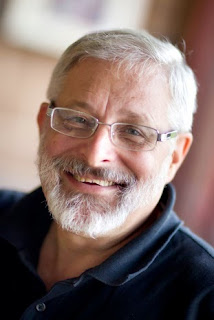 On Wednesday May 6, 2015, Attorney Farah Cadet, Deputy Public Prosecutor, representing the Haitian government, has filed a Notice of Appeal with the Registrar of the Lower Court (Court of First Instance) of Port-au-Prince and before the Clerk M. Jean Serge Duvert.

In addition, we have learned that M. Geilenfeld, the managing director of the Saint Joseph orphanage of Delmas 91, has been prohibited from fleeing Haïti. The Haitian judiciary believes that M. Geilenfeld is a flight risk, and has to remain within reach to be retried for charges of sexual assaults, rape, indecency, lewd conduct, child trafficking leveled against him.

Disciplinary actions have been taken against Attorney Siteon Augustin, the Deputy Public Prosecutor, who represented the Prosecutor’s Office during the mock trial leading to the suspicious acquittal of M. Geilenfeld. More specifically, M. Augustin has been suspended indefinitely without pay pending the results of an investigation of self-serving or misconduct. The Justice Minister, Attorney Pierre Richard Casimir, is waiting for a detailed report by the Chief Public Prosecutor to determine the underlying causes leading to Deputy Prosecutor’s Augustin misconduct, and if necessary, to remove him from the prosecutor’s office. It seems that the NGO, Heart With Haiti has bribed authorities in the judiciary to get the Deputy Public Prosecutor to abandon all of the charges against M. Geilenfeld and release him forthwith from jail without prior consultations with the Chief Public Prosecutor.

In a memo published on May 6, 2015, the Justice Ministry and Public Safety reminded the Public Prosecutors from every jurisdiction across the country to meet their obligation, as guardians of the social order and protector or society, and to adequately support all of the charges, and this, in accordance with the principle of legality of the prosecution, during penal trials.

Thus, M. Geilenfeld victims have won another victory in the battle against this powerful transnational pedophiles network, which have been abusing Haitian children for over 30 years. This victory sends a strong signal to the sexual predators preying on children and the destitute; it also reinforces the security of young kids in Haiti. 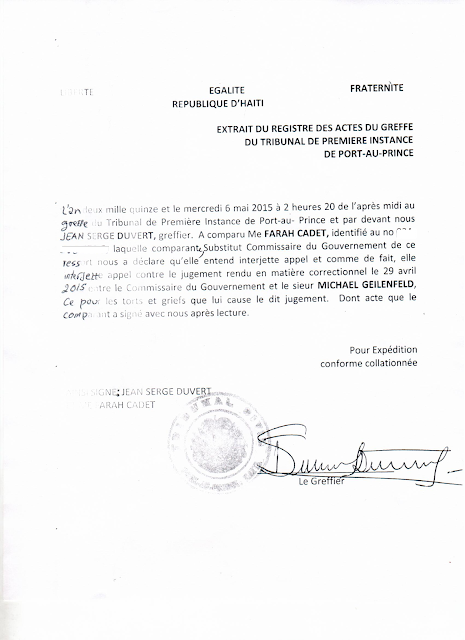