"Elections will not be free or fair in Haiti" -

My exclusion from Haiti's presidential elections is politically motivated. 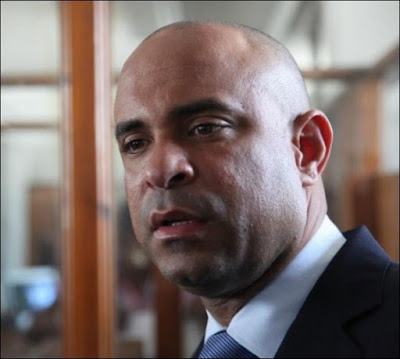 Communications Office of Laurent Lamothe
PORT-AU-PRINCE, Haiti, June 17, 2015 /PRNewswire/ -- (Communications Office of Laurent Lamothe Presidential Campaign) Presidential elections are scheduled to be held in Haiti during the month of October.  As the situation stands today, they will be neither free nor fair.
There are forces that have essentially achieved their principal objective: to ban me and other candidates from running for president, a constitutional right that belongs to all citizens of Haiti.  These forces exerted sufficient pressure on Haiti's Electoral Council (CEP), the body tasked with the organization of free and fair elections, to arbitrarily reject my registration as candidate.
This is the same entourage that forced me out as Prime Minister in December 2014 so that, without a sitting parliament, the government could both handpick a CEP to organize local, parliamentary and presidential elections to determine who will rule Haiti for the next five years.
How did my exclusion come to pass?  Acting through the CEP, they simply applied a constitutional mechanism in an unfair and discriminatory manner.  My disqualification came because I lacked a "discharge" that would certify my transparent performance in the three public offices – Foreign Affairs, Planning and Prime Minister – that I directed.
A discharge is a procedural certificate issued by the Parliament to former officials wishing to run for office.
On December 30, 2014, I formally requested a discharge from Parliament. My request could not be considered because barely two weeks later Parliament was dissolved: the mandate of most its members expired, leaving only a handful of senators  in office so that no quorum was possible to entertain any kind of legislative action, including a discharge.
I thus sought a legal ruling from Haiti's Judiciary, noting that, with no functioning Parliament, I could not possibly obtain a discharge. Foreclosing my candidacy under  these circumstances was a violation of every Haitian's Constitutional right to participate in an election.
On May 20, 2015, Judge Roosevelt Jean Romulus issued a judgment confirming that, with no functioning parliament in place, procedural requirements – like obtaining a discharge – that cannot be complied with due to exceptional circumstances were waived.  In invoking this legal doctrine known as the "theory of impossible formalities," Judge Romulus ordered the CEP to allow my candidacy to go forward.
I expected the rule of law to be followed and the CEP to respect an Order from the Judiciary certifying my candidacy. While the CEP had indeed applied the theory of impossible formalities in past elections to former officials of the previous government, this time it refused to recognize this principle.
The irony of the CEP's ruling is that Article 193 of the Haitian Constitution requires that its members must also obtain a discharge before serving on this council. Several of its members who ruled against me are in fact former government officials who themselves never obtained a discharge.
I am convinced that, if corrective measures are not taken that would allow my candidacy to move forward, the electoral process will be forever tainted by the heavy handed actions of the CEP.
The executive branch should keep its hands out of the electoral process and  the CEP must also do the right thing and allow my candidacy to proceed.  No former official who served his country should be disqualified simply because he/she cannot comply with a discharge requirement that is impossible to meet given  the absence of a functioning Parliament.
The international community must understand the kind of elections that will transpire in Haiti if nothing is done to restore my candidacy.  It has allowed and even seemingly encouraged this process to unfold; it now should also play a role in redirecting the course before once again Haiti faces major political turmoil.
Senator Marco Rubio has introduced an amendment to a U.S. Senate Resolution that requires the Department of State to report on Humanitarian Assistance to Haiti and whether elections in Haiti meet international standards. Senator Rubio's amendment specifically asks whether Haitian elections will be free, fair and responsive to the people of Haiti and demands a description of any attempts to disqualify candidates for political reasons. At this stage, elections in Haiti will not be free or fair and my case reflects a clear-cut case of the unfair disqualification of a candidate for political reasons.
The Haitian people should be allowed to elect its leaders, and the elections must be inclusive – as opposed to being an "exclusive selection" by the CEP under the supervision of the executive branch. These actions are a direct affront to direct, inclusive and participatory democracy and threaten to undermine the political stability we have fought so hard to build and maintain.
My exclusion has dashed the small ray of hope that my candidacy had raised among the critically poor, children, women and the young. They are the ones who will be most affected by the arbitrariness of the CEP as its ruling insures the continuity of an abusive power structure that undermines Haitian democracy and the rule of law.
Contact:
Damian Merlo
Senior Adviser
Laurent Lamothe Presidential Campaign
Damian@laurentlamothe.com
SOURCE Communications Office of Laurent Lamothe
"Elections will not be free or fair in Haiti" - Communications Office of Laurent Lamothe