No law makes @LaurentLamothe a public accountant : The Electoral Council must respect the electoral law.- 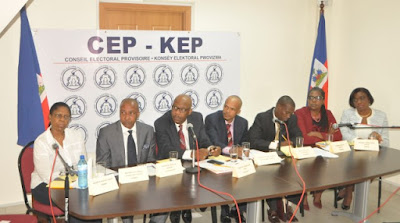 The anti-Lamothe conspirators have a serious problem. They fail to find a legal text in Haitian law supporting the implementation of the Art 36 and 90 of the electoral decree against the ex-Prime minister.

Ubi lex non distinguit, nec nos distinguere debemus: Where the law does not distinguish, we ought not to distinguish.

The Presidential Act of 2005 clearly states that a minister is an Authorising Officer, not a Public Accountant, while the electoral decree requires that public accountants to have a certificate of discharge.

The Electoral Council must respect the electoral decree.