Lawyer in defamation case says client was hero in Haiti.- 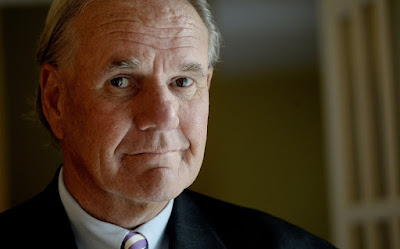 By Patrick Whittle
The Associated PressTuesday, July 7, 2015
PORTLAND, Maine (AP) — An orphanage founder who was devastated by a Maine activist's defamation campaign should be known as a hero for children in Haiti rather than for his accuser's unsubstantiated claims of sex abuse, a lawyer said Tuesday.
Both sides presented opening statements in a civil lawsuit brought by Michael Geilenfeld and Raleigh, North Carolina-based Hearts with Haiti. Geilenfeld's attorney, Peter DeTroy of Portland, said Paul Kendrick made reckless allegations and "vicious attacks" that hurt Geilenfeld's fundraising efforts and damaged his reputation.
"He launched the most toxic, destructive message that could possibly be sent out there," DeTroy said. "His goal was to destroy this man."
DeTroy said that Haitian boys Geilenfeld has helped to find a better life will be speaking during the testimonial portion of the trial. But Kendrick's attorney, David Walker of Bangor, told the jury he's looking forward to the alleged victims getting to tell their story in court.
Walker said the case is "about one thing and that's the sexual abuse of children." He said a Haitian trial that dismissed charges against Geilenfeld was a "show trial" and that the case against him is ongoing.
"You will hear the testimony of young men who spent time in the care of Michael Geilenfeld and they will tell you about being sexually abused by Michael Geilenfeld," Walker said. "They'll get nothing but vindication and the knowledge that someone listened to their stories."
DeTroy has blamed Kendrick's online and blog campaign that began in 2011 for Geilenfeld's arrest last fall in Haiti. A judge cleared Geilenfeld of any crime during a brief trial, but Haiti's justice minister has said the verdict was improperly reached and there will be additional proceedings.
Both lawyers said they expect the trial, which is taking place in federal court in Portland to last three weeks. The trial segued into testimony after the opening statements. Shelley Wiley, an Ohio pastor who is familiar with Geilenfeld's work, was the first to take the stand. She said Geilenfeld was forthcoming about the allegations against him when they met on a trip she took to Haiti.
She said Geilenfeld's work is "rooted in spirituality" and was "life-changing" to witness.
DeTroy also told the jury about Geilenfeld's legacy of relief work in Haiti, which he said was inspired by the work of Mother Teresa. He said a school founded by Geilenfeld has graduated 350 Haitian boys, and he has been engaged in humanitarian work to better the lives of impoverished Haitian children for years.
"Michael Geilenfeld was fueled by a dream to find a home. A home for the cast out boys of Port-au-Prince, Haiti," he said.
The Daily Reflector