Pedophile : Discriminating Conduct of Some North American NGOs in Haiti.-

The fight for justice for Haitian children, sexually abused by NGOs’ executives, leads some observers to question whether there is a pattern of behaviors akin to apartheid, discrimination and other biases underneath these executives’ worldview. 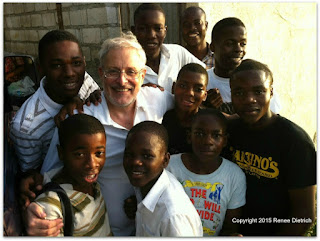 How can it be explained to the officials of the NGO “Heart with Haiti” that something is wrong at the St. Joseph Orphanage and that the responsible and right thing to do would be to first recall their representative, Mr. Geilenfeld; and call for a thorough and serious investigation, make public the results of such an investigation, and finally, work with law enforcement while supporting the young alleged victims?