The Geilenfeld's case is first and foremost a matter of safety for haitian children.- 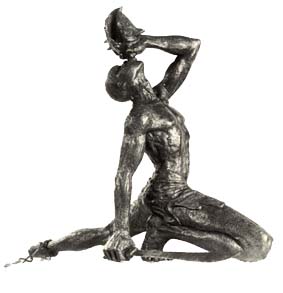 The struggle for justice and truth by the victims of the Orphanage Saint Joseph of Delmas 91 has made some real progress. The testimony of Mr. Geilenfeld before Haitian Courts followed by his recent depositions before a U.S. District Court in Portland, ME has revealed the true nature of the man who has been hiding behind this pseudo humanitarian mission in favor of Haitian children. It has been shown that the Board of Directors (BOD) of Heart With Haiti has been extremely negligent and has miserably failed in their duty to protect Haitian kids placed in their custody. Not even the multiple protests against sexual abuses, which have occurred in this shelter for young boys in 1987, 1990, 1995, 2004, 2006, 2007 and 2011, were enough to convince the BOD of this NGO that a serious investigation into these allegations was necessary in order to establish the truth. In their philosophy of discrimination, the members of the BOD were very comfortable with the recommendations made by Mr. Geilenfeld, the Director of the Orphanage and the main accused of Child abuse. Admittedly, a behavior, they would never have had it been their own children being molested.

The victims of Mr. Geilenfeld have to be proud for having come out and pushed this case to its high watermarks. After suspecting that, due to his financial prowess and the widespread corruption in Haiti, Mr. Geilenfeld engaged in some shenanigans to obtain false papers to manipulate the opinion and circumvent any attempt by others to get answers from him on the allegations that he abused children, in February 2014, the victims decided to bring the case before the criminal justice system in Haiti by directly petitioning the Investigative Chamber requesting for criminal investigation and have expressed their intention to be party to the proceedings against their abuser, which was followed by a denunciation campaign.

Contrary to the manipulations by Mr. Geilenfeld’s lawyers denouncing this initiative and presenting his incarceration in Haiti as unlawful, this courageous act by the victims brings to the daylight several falsehoods by Mr. Geilenfeld including the following:
-  Mr. Geilenfeld masters deceit practices;
- He believes that he can make one statement before a judge and another before another judge;
- Since the start of the Court Proceedings in Portland, ME, the U.S. media has reported several new statements by Mr. Geilenfeld contradicting his previous statements made in Haiti.

It is important to highlight some of the contradicting statements by Mr. Geilenfeld:

Contradiction # 1:
a.      On page #5 and the last paragraph of the Ordinance by Judge Al Duniel Dimanche, Mr. Geilenfeld recognized that he is bisexual. He declared that: Your honor, I tell you clearly that I used to have sex with an adult man named Robert Matinez; next I was engage to a woman named Elene Gelenas.
b.      Whereas on page #1 of the verdict from mock trial held in the absence of the victims, rendered by Judge Roosevelt Jean Romulus, and opposed by the Haitian Government for fundamental flaws, Mr. Geilenfeld, answering to the 15th question of the judge asking him whether he used to have sexual relations answered that yes but it was before his vow of chastity – referring to his vow to the Catholic Church.

Contradiction #2:
Mr. Geilenfeld told the Haitian judge Roosevelt Jean Romulus that every person in the lawsuit against him resides in the United States whereas it is clear that four (4) of the young men in the suit against the Saint Joseph Orphanage director reside in Haiti and have showed up to several convocations of the Investigative Judge, and this, according to what is reported in the Ordinance.

Contradiction #3:
To the second question from the judge Romulus, Mr. Geilenfeld answered that there are no have children under his care since 2008. Whereas in 2014, IBERS (the Haitian agency for child protection) has intervened at least three (3) times at Mr. Geilenfeld’s Orphanage to take children away from this shelter. In addition, after being released from jail in April 2015, Mr. Geilenfeld has published a picture taken with children of his orphanage. These children are illegally kept in other shelter houses operated by his NGO. 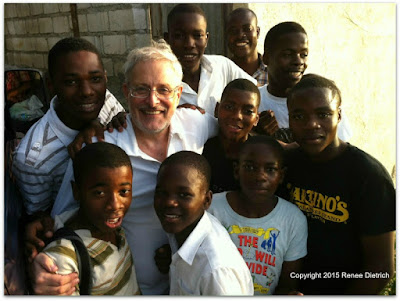 Contradiction #4:
Mr. Geilenfeld stated under oath before a U.S District Court and before a Jury that he does not live at Delmas 91. However, in the verdict from the secret trial, which has been appealed by the the victims and the Haitian Government, to a question about his residency in Haiti, Mr. Geilenfeld’s answer was the following: My name is Michael Geilenfeld, I am 63, I was born in the United States, I live at Delmas 91 #26, I am not married, and I am a missionary.

Contradiction #5:
It seems that Mr. Geilenfeld seek to capitalize on progresses made in gay rights in the U.S. and consequently presents himself has a victim of homophobia prevailing in Haiti. Before the U.S. Court, Mr. Geilenfeld declared that the Investigative Judge, Attorney Al Daniel Dimanche, has not held any charges against him as pertaining to sexual assaults on children. He seeks to manipulate the Court in Portland, ME by repeating that the Investigative Judge has slammed him with a referral order because he is homosexual, insinuating that Haitian judges are homophobic.

It is important to highlight that, in the first paragraph of page #6 in the Ordinance, the Investigative Judge emphasized on a very important point. He considers that the defendant has confessed that, following a head to head confrontation between him (Mr. Geilenfeld) and Mr. Emile Milien, one of the alleged victims: “in lieu of addressing the accusations against him, Mr. Geilenfeld stated, in the Investigative Criminal Chamber: Your honor, I do not understand why it now that I am being accused of these wrongdoings whereas the alleged victims have reached their forties?

This statement suggests that Mr. Geilenfeld does not reject outright the accusations leveled against him but his main problem is that the alleged victims are bringing up acts performed well in the past. And, on trafficking and sexual abuse, there is no limitation. A person abused in the past bears the emotional scars throughout his or her life. Pedophiles never stop abusing children.

Even the Public Prosecutor, in his indictment recommended that Mr. Geilenfeld be sent before the Criminal Court for sexual aggression, rape, indecency, child trafficking, did not make of Mr. Geilenfeld’s sexual orientation an offence. On page #3 and paragraph #6 of the Ordinance, it is read in the indictment of the Public Prosecutor that he has qualified indecency as: “… the fact of constraining minor to caress one’s genital … offence with which he is charged.”

Those young Haitians who brought the lawsuit before court and who have appealed Judge Romulus’ decision to free the defendant on 29 April 2015 are expecting a speedy and proper trial from the Appellate Court of Port-au-Prince. Mr. Geilenfeld has to answer to the accusations leveled against him in Haiti, where he committed his crimes. He has to face his victims before a Haitian court where he abused children for over 25 years. His defamation lawsuit in the U.S is tact to misguide the public. It is a lead forward to discourage the victims from seeking justice and to hide the truth.