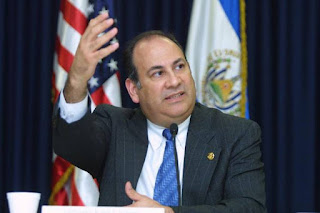 When Haiti is devastated by a hurricane or earthquake, the country’s misery makes global headlines. And when lawless politicians — the kind of people who have caused Haitians so much grief for so many decades — scuttle elections to seize power, Haiti’s friends must take action. With Washington having pledged $4.5 billion in U.S. aid to the country since 2010, U.S. policymakers and Congressional appropriators should not stand by as a de facto government takes root in Port-au-Prince.

Haiti’s parliament selected Jocelerme Privert in February by to serve as interim president. He committed to organize the election of a president, hand over power as early as May 15, and leave office no later than June 14. It now appears that Privert is not eager to do any of those things — at least until he can help engineer the election of someone acceptable to his political patrons, former presidents Jean-Bertrand Aristide and René Préval.

Privert is a member of Préval’s Verite party and a critical link to Aristide’s radical Lavalas movement. Ominously, when Privert was sworn in as interim head of state, many Aristide acolytes flocked back to the presidential palace for the first time since he left office in 2004. “We are back in power and we won’t let it go,” one Lavalas follower, who was among those who sipped champagne at Privet’s inauguration, told Reuters.

As Minister of Interior from 2002 to 2004, Privert helped Aristide managearmed gangs as a tool to terrorize political opponents. When some of those violent allies turned on him, he retaliated ruthlessly before being forced to resign and flee the country in February 2004. Privert was among several Aristide officials investigated for egregious human rights violations, including dozens of murders, committed by security forces and pro-government gangs in Gonaïves in October 2003 and Saint-Marc in February 2004. Privert was arrested after Aristide fled; in February 2005, the investigating judge, Clunie Pierre Jules, found sufficient evidence to try Privert and 29 others for the Saint-Marc massacre. After the judge assigned to the case, Hugues St. Pierre, died a suspicious death in 2007, no trial was held, and Privert was set free.

How does a man like that become president? Privert was chosen to fill an unusual vacancy created when Michel Martelly left office on February 7, before a successor had been elected. Jovenel Moïse and Jude Célestin were declared the top two finishers in presidential balloting last October and were expected to compete in a December 27 runoff. However, that second round was never held because electoral authorities said that violent demonstrations organized by Aristide, Préval, and losing candidates would disrupt the voting.

The origin of this power struggle is in Préval and Aristide anger that their respective candidates were either disqualified by the electoral council or humiliated in the first round. They blame Martelly for manipulating that process and are determined to eliminate his man, Moïse, from contention.

Privert advanced this scheme by naming a “verification commission” to reexamine the October election — despite the fact that several previous audits found no evidence of systematic fraud. Remarkably, one of the men Privert appointed to this “independent” panel is one of the losing presidential candidates. Predictably, last week, that commission recommended scrapping the October results. A new electoral council appointed by Privert is expected to ratify this decision soon, scheduling elections in the fall, when the Verite party expects to capture the presidency along with many of the senate seats up for election by November. Of course, the prospects for Verite are improved if Privert holds on to power.

In the meantime, Privert’s government is wielding that power to reward the Lavalas faithful with government jobs and to harass political opponents. For example, last month, a prosecutor initiated proceedings against Laurent Lamothe, who served as Martelly’s prime minister from 2012 through 2014. Last Wednesday, another prosecutor issued a ban forbidding 11 Martelly cabinet ministers and nine members of the electoral council from leaving the country. In both of these cases, the prosecutors retreated when their authority was challenged. Some Haitians complained that this judicial harassment recalled the tactics of past dictators.

Privert now is lobbying for support in parliament so that he can remain in power beyond the end of his term in mid-June and preside over general elections late this year. However, many legislators would prefer to designate a different interim head of state to organize the presidential runoff as soon as possible. Political settlement aside, the Lavalas movement has a long history of using violence to get its way. The international community must be unequivocal in endorsing urgent elections as the solution.

After the verification commission recommended rebooting the presidential election, a U.S. State Department spokesperson merely repeated the call for a democratically elected president. A representative for United Nations Secretary General Ban Ki-moon was more assertive, saying that Haiti can “ill afford” a prolonged period of transitional governance, which could “affect international support….” The U.N. statement reminded Privert of his responsibility to guarantee the “peaceful completion of the 2015 elections.”

Canada has requested urgent consultations on Haiti at the Organization of American States, which monitors the rule of law and democracy in the hemisphere. The draft declaration presented by the Canadian delegation appears to grasp the seriousness of Privert’s stalling of the runoff; it urges officials to “complete as soon as possible the electoral process initiated in 2015,” noting that a failure to do so “may affect the constitutional exercise of power” and require further measures to defend Haiti’s democratic system under the Inter-American Democratic Charter.

Aristide and Préval may calculate that if Privert can defy President Barack Obama’s State Department for a few more months, they will able to do as they please for years to come. U.S. diplomats and members of Congress who have taken an interest in Haiti must send a very clear message that the United States will not throw good money after bad.

Friends of the Haitian people are doing them no favors by tolerating a power grab by politicians with a long and sorry history of promoting their selfish interests at the expense of their nation.