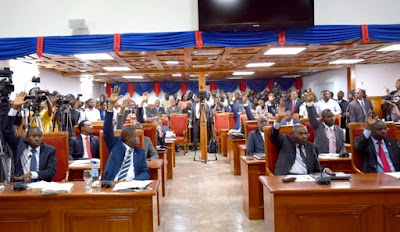 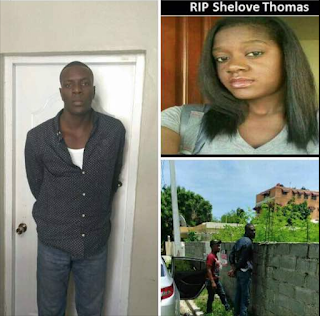 Allegation of Rape : A journalist from Times of the Islands magazine finds Royal Police of Turks and Caicos illogical.-

In the Marjorie case — the Haitian woman in Turks Island threatened with deportation for pressing charges — the Canadian journalist, Kathi Barrington from Times of the Islands magazine finds the press release from the Royal Police of Turks and Caicos illogical. Read her comments on the RTCIPF Facebook page. “A man has been arrested but no person has been charged. I don’t understand.” 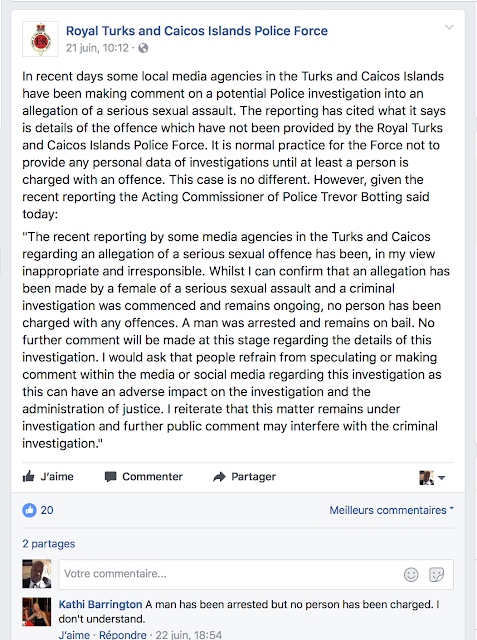 An update of Mrs. Marjorie’s case: A Haitian woman raped in Turks and Caicos and threatened with expulsion.— 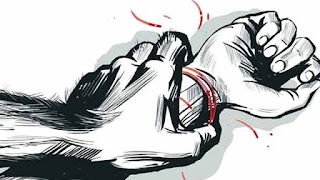 An update of Mrs. Marjorie’s case: A Haitian woman raped in Turks and Caicos and threatened with expulsion.— By Cyrus Sibert – @Reseaucitadelle

In recent days, @Reseaucitadelle raised the case of an egregious rape case of Haitian national by a Turks and Caicos Judge, Sir Arthur Forbes. The information has been verified by the local press. The territory’s ministry of justice requested that journalists relaying the information establish a difference between a judge and a high ranking personnel of the Labour Court – the equivalent of the chief executive or managing director of the Office of Labour of the Ministry of Social Affairs in Haiti.

The Island Royal Police Force issued a statement on its Facebook page requesting secrecy of the inquiry into what it calls "allegation of a serious sexual offense" on the ground that no one has been charged yet with any offense."

Nevertheless, the Police Commissioner, Mr. Trevor Botting, has confirmed that a man was arrested, and subsequently released on bail. He highlighted the need to preserve the secrecy of the case and prevent speculations, which can affect the investigation.

Meantime, the victim is facing enormous pressures. Oddly, her spouse appears to have been instructed to no longer support her economically. In the TC Island, it is quite easy for people to know one another. As a result, it is customary to use a middleman to make a phone call to exert pressure on an immigrant using the threat of expulsion. Family members and personal relationships can be used to cover unlawful activities as acquaintances are afraid of the news breaking to major media outlets for fear of reprisals or jeopardizing their immigration status.

In addition, the victim has not received any psychological support or humanitarian aid, as required by the protocol in a democratic society with respect for human rights. She only relies on telling her story to members of the Haitian community, who are more concerned about their legal status than lending a helping hand a rape victim.

Although it is necessary to maintain the "secrecy of the investigation," it is also important to guarantee the public right to information on this high stake case. Since March 17, 2017, Mrs. Marjorie pressed charges against Mr. Arthur Forbes, and waited silently as she has faith in the Island’s institutions. However, without media outcry, it seems that there’d have been core up while waiting her out.

The local press has reported that the alleged rapist is a very influential man – a ranking member of the TCI professional group. He holds a powerful position in the Island’s government. @Reseaucitadelle will continue to monitor the case’s progression and will keep the public up to date.

It is customary that when someone is accused of rape and charges pressed, the perpetrators employ hardball tactics to break their accusers who are devoid to resources to fight in court. Powerful lawbreakers always seek to weaken the case, destroy the evidence, and use deceptive methods to force their accusers to abandon their rights. In this case, Mrs. Marjorie disposes at one text message from the alleged rapist in which, Mr. Arthur Forbes stated that: “No sex, no work permit.”

There is also a tendency to blame the victims of sexual abuse. In this case, Mrs. Marjorie stands for her basic rights and refused to be serially sexually assaulted by Mr. Arthur Forbes.

Not only @Reseaucitadelle is tracking the evolution of this case, it will continue to raise awareness, identify the obstacles and will bring the victim’s claims before international bodies. It is clear that in principle of “secrecy" raised by the authorities of Turks and Caicos could be a maneuver to deny Mrs. Marjorie of her fundamental rights. Looking at the pace of progress of Mrs. Marjorie’s complaint, it appears that there exists strong element of double standard. In the West, the institutions have been designed to bring about justice. A point in case refers to the litigation between Mr. Dominique Strauss Kahn, a powerful IMF chief executive who was accused of rape by a maid in a New York hotel; and justice was served. We encourage the Turks and Caicos Island authorities to follow the footsteps of the American Judiciary, designed after the British judicial system. 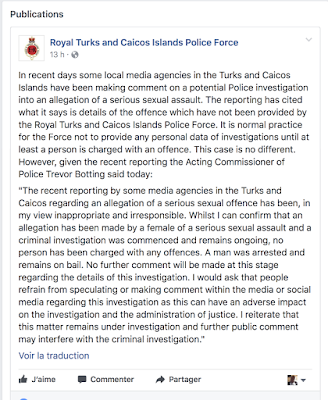 [ORLANDO, FL]—June 22, 2017—Word and Action, Inc. (W&A)—It was reported that out of the nine million of the inhabitants of Haiti close to half of them are children (Balsari, Lemery, Williams, & Nelson, 2010). Child protection has been a major challenge for Haitian authorities. For instance, as a result of the January 12, 2010 earthquake the Haitian institutions have become more fragile, which in turn worsened Haiti’s ability to protect its children (Balsari, Lemery, Williams, & Nelson, 2010) from various forms of abuse and in particular, sexual abuse. The exact number of children being sexually abused in Haiti is unknown.

In the light of many disturbing statistics, Word and Action has boosted its efforts in raising awareness about the above issue through its sexual abuse prevention initiative in Haiti. For 10 years W&A has been hosting numerous presentations, trainings and conferences on child sexual abuse in Haiti. Recently, on April 26, 2017 W&A hosted a presentation on child sexual abuse for over 60 Social Worker students at the State University Roi Henry Christophe at Limonade, Nothern Haiti. W&A Haiti’s northern coordinator, Vita Pierre—a very dynamic Law graduate student, who is currently enrolled in the Social Work program, organized the logistics for this presentation. Ms. Pierre traveled several times from Gonaives to Limonade and was able to register students to partake in the presentation.

As a result of Ms. Pierre’s efforts More than 100 students were registered along with her small team of students. For two straight days, two sets of students were able to attend and participate in this preventive initiative on child sexual abuse in Haiti.

At the end of the presentations, post-evaluation forms were distributed to participants in order to document and determine the effectiveness of our initiative. Students were asked to grade as “very good, good, and poor” the entire presentation. In addition, they were encouraged to share ideas and comments regarding the presentation.

The Executive Director of Word and Action, Mr. Georges Bossous, Jr. led the two-day-presentation. Students were able to ask question and share their opinions regarding the subject and materials being presented.

One of the remarkable moments included the intervention of a female student who felt that young women must be scolded for wearing revealing clothes, which in her opinion could “excite men to sexually abuse them.” A young man counter-argued by underlining that such a view might be used as an excuse for sexual predators. Furthermore, the male student highlighted that it was not for women to change their life style or appearance rather it was for the supposedly abusers to control theirs impulses. The presenter concluded that there is no excuse whatsoever for sexually abuse acts. Although, it is recommended for both young men and women to be very vigilant and aware of certain reality related to rape and other sexual violence in Haiti and around the world. 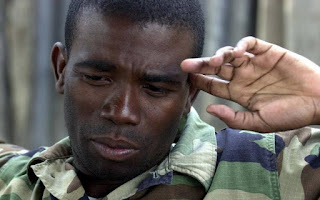 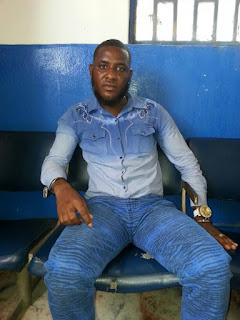 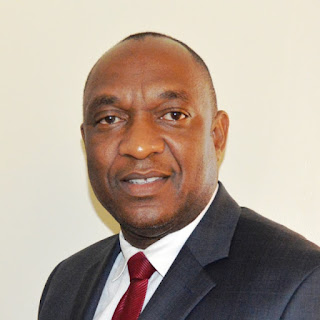 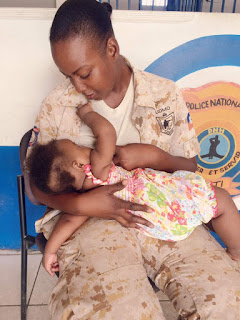 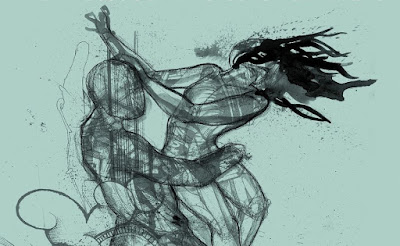 
Marjorie, about 40 years old, is a courageous woman. Instead of cowering in fear, she has spoken out against her alleged rapist. We have refrained from revealing the full name of the victim who has pressed charges against Mr. Arthur Forbes, a practicing judge of the Turks Island Labor Court. The victim alleged to having been raped four times by Mr. Forbes.

Having come to the Island legally, the victim worked with Judge Forbes’ elderly parents since her arrival in 2015. Mr. Forbes took advantage of her and raped her on four different occasions. She has allegedly contracted an STD from Mr. Forbes.

In the filing documents, Mrs. Marjorie alleges having contemporaneously reported the repeated sexual assaults to her husband. The couple remained silence for fear of reprisals by the Magistrate of the Turks Island Labor Court. The judge continuously forced them into silence with threats of deportation and/or incarceration.

Ultimately, Mrs. Marjory decided to speak out against her alleged aggressor. Panicked, the judge sent her a threatening text message in which he pledged to have her work permit revoked in addition to having her expelled from the Island: “No sex, no more work permit.”

According to the police report, during each rape episode, Mr. Forbes reminded Mrs. Marjorie that Haiti is a poor, miserable and filthy country and that it would be better to remain quiet instead of having to return to Haiti unwillingly.

Nevertheless, on March 17, 2017, Ms. Marjorie revolted and filed a formal complaint against Judge Arthur Forbes. Following her complaint to the police, officials launched a judicial investigation. A hearing is set for July.

In the meantime, Mr. Forbes, the Magistrate, is using his influence to have the victim expelled to Haiti. It has been reported that Mr. Forbes is seeking to have the police officers working on the case transferred and replace them with his protégés.

The victim is in limbo.

With a widespread practice of rape of Haitian women going unpunished in the Turks and Caicos Island, this case provides an opportunity to set an example and send a strong message to rapists and sexual predators. They must understand that in a globalized world, basic human rights must be guaranteed.

So far, we hail the work of the Turks Island police, who have placed Mr. Forbes under arrest. It is understood that Mr. Forbes has made bail pending trial. In all fairness, were it a Haitian judge, the outcome, up to this point, might have been quite different.

Nonetheless, given Mr. Forbes’ stature, we believe that the victim needs our support. We call on everyone to support this Haitian national who decided to say NO against all odds and the likely consequences of standing up for her basic right by serving a powerful man.

The Ministry of Foreign Affairs should provide adequate assistance to this woman in need in this neighboring island. 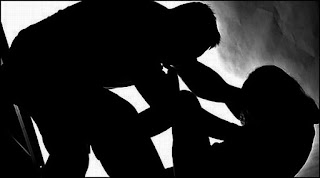 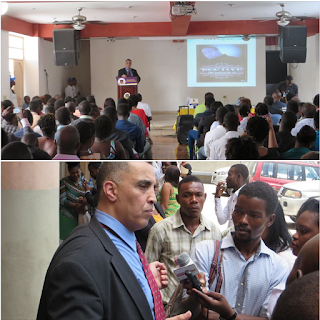 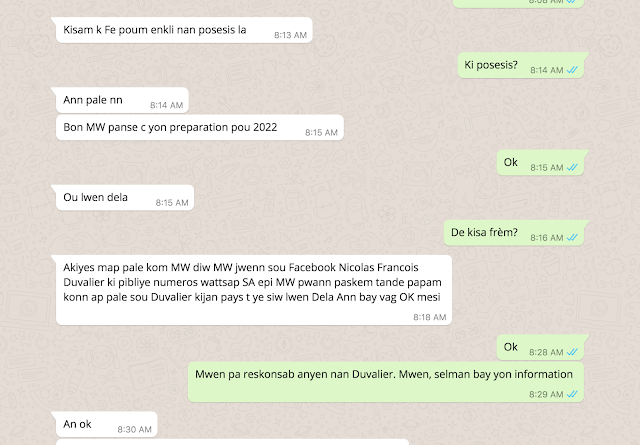 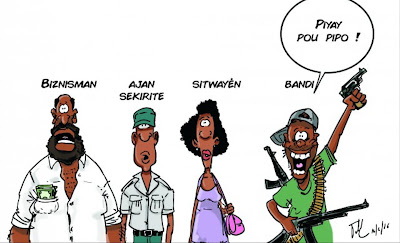 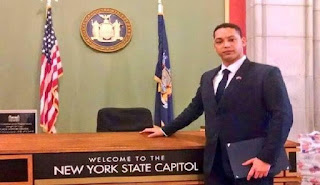 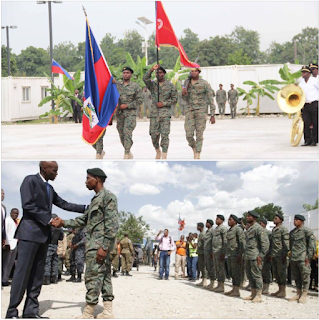 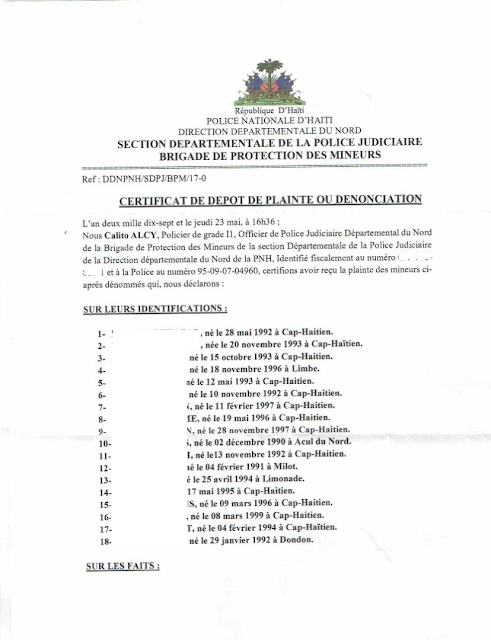 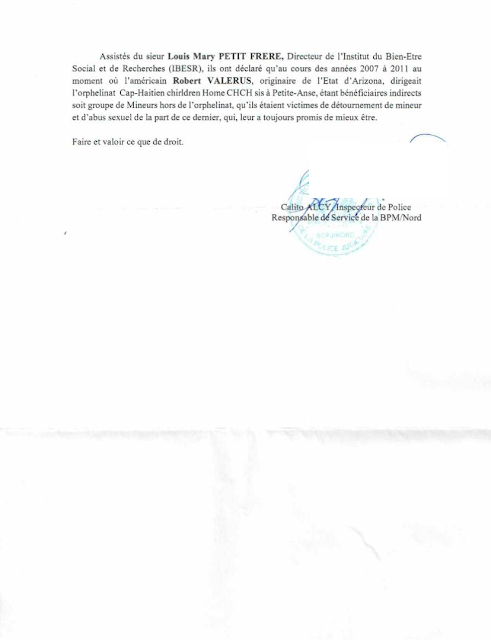 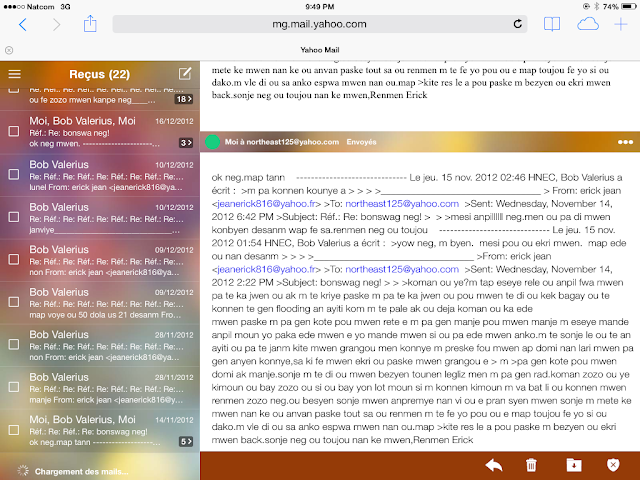