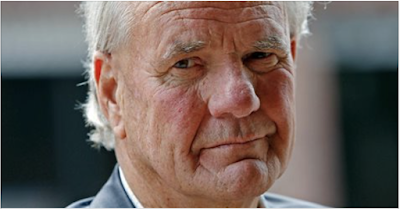 #MeToo Is Fresh Backdrop in Lawsuit Over #Haiti Abuse Claims
| U.S. News | US News John #LeReCit
Whitman, one of Kendrick’s attorneys, said “We’re prepared to prove that”. https://t.co/bUnhcg25ix
BY DAVID SHARP, Associated Press PORTLAND, Maine (AP) — A federal jury apparently didn't believe seven men when they testified under oath that they were sexually abused by the founder of an orphanage in Haiti.
But things have changed since summer 2015. The number of men willing to testify about alleged abuse they endured as boys in Haiti has grown to at least 15, activist Paul Kendrick says, and the #MeToo movement has raised awareness of sexual misconduct. Kendrick predicts a different outcome in a new defamation lawsuit targeting his claim that the orphanage was led by a serial pedophile. "We have overwhelming amounts of evidence and testimony that this guy is a child abuser," Kendrick said, "and we're not done yet." Orphanage founder Michael Geilenfeld and a U.S. charity contend unsubstantiated assertions ruined Geilenfeld's reputation and cost the charity several million dollars in donations. Geilenfeld also contends Kendrick's allegations caused him to be falsely imprisoned for 237 days in Haiti. Neither Geilenfeld's attorney nor the charity, Hearts With Haiti, responded to requests for comment for this article. The defamation case has been dragging on since 2013. A federal jury in Maine awarded $14.5 million to Geilenfeld and Hearts with Haiti, despite testimony from seven men who said they were sexually abused as boys. But the verdict was overturned after a U.S. appeals court ruled that a federal courtroom in Maine was the wrong jurisdiction. Now Geilenfeld and Hearts With Haiti are suing Kendrick again, this time in state court. The lawsuit is in a holding pattern while the courts sort out Kendrick's attempt to dismiss the lawsuit on the grounds that his efforts to generate attention on behalf of abused orphans is protected speech. A judge rejected his motion, but Kendrick's attorneys are appealing to the Maine supreme court. Geilenfeld, an Iowa native who has testified that the abuse allegations were "vicious, vile lies," is currently living in the Dominican Republic, according to court documents. Kendrick, of Freeport, Maine, became an outspoken voice during the priest sex abuse scandal and founded a group called Voice of the Faithful. Known for in-your-face tactics, he began waging a campaign against Geilenfeld and supporters of his orphanage in 2011. He isn't backing down from his claims. He contends his case has been bolstered by a former federal agent hired to go to Haiti to investigate the sex abuse claims. Former U.S. Immigration and Customs Enforcement Special Agent Rod Khattabi, who has been honored for protecting children from sexual abuse and exploitation, corroborated some of the activist's claims during interviews with accusers during three visits to the island nation, according to court documents. The original trial painted two different pictures of Geilenfeld. One was a former Roman Catholic brother inspired to do good works. The other sexually abused powerless street kids, according to testimony. Jurors chose the former. If there's a trial, it will be against the backdrop of the #MeToo movement. And changing societal views could alter the questions asked to potential jurors, the way the lawyers try the case and ultimately the outcome, said Jim Burke, a professor at the University of Maine School of Law. "The whole point of the jury is that is the voice of the community," Burke said. As for Kendrick, he said he is re-energized — and saddened — after traveling to Haiti to meet with some of the eight additional victims he says have come forward since the first trial. John Whitman, one of Kendrick's attorneys, said the defamation lawsuit will ultimately rise or fall on whether jurors believe Kendrick's assertions that Geilenfeld abused boys who were in his care. "We're prepared to prove that," Whitman said. Copyright 2018 The Associated Press. All rights reserved. This material may not be published, broadcast, rewritten or redistributed.
Publié par Cyrus Sibert, #LeReCit @ReseauCitadelle à 13:25