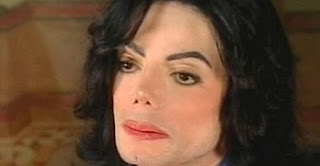 Wade Robson and James Safechuck talk about their alleged abuse at the hands of the King Of Pop in the shocking film, which aired in the UK for the first time on Channel 4 tonight.

He also claimed Michael forced him to bend over and "spread his cheeks" for his pleasure.

Viewers flocked to Twitter to express their disgust, with many claiming they had vomited over the sickening claims.

One wrote: "This is actually turning me sick LeavingNeverland."

Another added: "Feel physically sick watching this and hearing this. Knowing I have a little boy and knowing these boys went through this is sickening."

Jackson told him he was his first sexual experience and claimed James taught him to French kiss.

Too young to ejaculate, James, now 42, described how he would instead leak a 'clear lubricant' during the 'hundreds' of times they went on to have sex.

“It sounds sick but it’s kind of like when you’re first dating somebody, you do a lot of it," James said, listing all the places the abuse took place, from secret closets at Neverland to rooms with one-way glass.

They held hands like a couple, they had a secret code where they'd scratch each others' palms if they were thinking about sex. James started to think he was gay.

The child was so smitten that he begged Jackson to share a bed with him, admitting he would get jealous if he woke up to find Michael in another room.

Jackson also taught Wade - who he nicknamed 'Little One' - how to Moonwalk and put him in the video for Black or White. He predicted he'd be a film director and bought him his own mini recording studio.

He showered him with love and affection so that when his hand allegedly reached into a seven-year-old Wade's underpants for the first time, Wade didn't fight, flinch or cry. Instead, he says there was, “nothing aggressive about it. I wasn’t scared.”

Jackson even staged a fake wedding where they committed to each other with rings, James claims. In the documentary, his hands shake as he looks at a box full of jewelery that Jackson allegedly gifted him in return for sexual favours.

“It’s still hard for me to not blame myself,” he says.

"The wedding was a token of Michael’s love and how they were going to be together forever," he says. "[But] obviously Michael had no intention of being with James forever and probably had slept with many other boys. We know he did. We know he slept with Wade while he was seeing James."

“I liked the feeling that I was making him happy, that I was pleasing him,” Wade says.

Both described how Jackson had a system of chimes or alarms that would alert him if others approached the bedroom.

And Jackson allegedly told both that no-one could find out, that no-one would understand. That if they did, they would both be thrown in jail for life.

Jackson was thrust back into the headlines in January after the screening of controversial documentary Leaving Neverland at the Sundance Film Festival in Utah.

Leaving Neverland contains explosive allegations against the King Of Pop, who died in 2009, and has sparked outraged among some of Jackson's most ardent fans.

It led to protests outside Channel 4 today as Jackson fans vented their fury over the decision to screen the movie.

The late singer's estate has since confirmed plans to sue the documentary makers, and his family condemned the film in a scathing statement, comparing it to a "public lynching".

The Thriller hitmaker was tried on child molestations charges in 2004-2005 - but he was acquitted on every count.