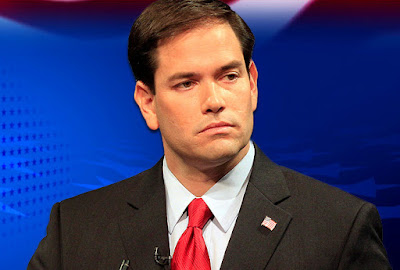 By Jacqueline Charles
jcharles@MiamiHerald.com
He is one of the potential nominees for president of the Republican party and he is proposing an amendment for the Assessing Progress in Haiti Act of 2014, that was passed by the House of Representatives and Senate but has been waiting a signature from President Barack Obama.
If the Provisional Electoral Council (CEP), which has been under fire for its inconsistent decision to disqualify former Prime Minister Laurent Lamothe from elections, were to maintain this position in its appeal, the Assessing Progress in Haiti Act of 2014, if enacted, would require the U.S. Secretary of State to report on the attempts or eventuality of eliminations from the for political process for political reasons.
Such a report could compromise the aid a Republican-held congress would appropriate to Haiti, one would believe.
Republican presidential candidate and Florida Sen. Marco Rubio isn’t necessarily known for carrying the Haiti agenda in Congress.
But he stepped out on a limb this week as Haitians waited to learn which candidates would make the final cut for the country’s Oct. 25 presidential ballot.
His actions came Tuesday in the form of several Haiti election-related amendments that unanimously passed the Senate Foreign Relations Committee. Rubio’s action left some wondering whether the senator was trying to help candidates or if he was trying to bolster his Haiti expertise.
“Sen. Rubio believes that it is important that the Haitian people have the opportunity to freely and fairly choose their leaders,” said Rubio spokeswoman Brooke Sammon. “The Senator is pleased that the State Department will now be required to continue to update Congress on the status of Haiti’s elections to help ensure that the Haitian government is responsive to the needs of its citizens.”
The Rubio-sponsored amendments condition the release of U.S. funds to Haiti on the State Department’s reporting of whether the upcoming Haitian elections are free, fair and responsive to the people of Haiti, and on descriptions of “attempts to disqualify candidates” from office for “political reasons.”
It didn’t take long for Haitians to begin discussing whether Rubio’s amendment was meant to save the candidacy of former Prime Minister Laurent Lamothe, whose supporters have lobbied members of Congress.
“Broadly speaking, the United States would not want to be in a position of being perceived to be taking sides in national elections in Haiti or anywhere across the hemisphere,” Eric Farnsworth, vice president of the Council of the Americas and Americas Society, said about the amendment. “The main interest is in ensuring a process which allows Haitians themselves to choose their leadership freely and fairly.”
Damian Merlo, senior adviser to Lamothe, said his camp didn’t lobby Rubio for the language. Still, they welcome it.
“The State Department does not seem to realize the gravity of the situation and we are glad that Sen. Rubio stepped in to ensure the State Department pays the attention to this urgent matter that it deserves,” Merlo said.
The State Department, Merlo said, “cannot just stand on the sidelines and claim this is a ‘Haitian issue.’ Free and fair elections do not seem to be shaping up in Haiti if Lamothe is left out of race, and U.S. interests are also at stake.”
Roger Noriega, former assistant secretary of state for Western Hemisphere, who was in the room when the bill was approved, said he’s impressed people on the Hill are paying such close attention to what’s happening in Haiti.
Given the “considerable investment” the U.S. has made in Haiti and “the implications of a political meltdown,” Noriega said, it’s a good thing that Congress is insisting that the State Department ensures the very best elections.
“The predominant impression is that certain candidates are being excluded for political reasons. I’ve had people say, ‘Let everybody run and see how it works out,’ ” he added. “The staffers and the people who follow Haiti closely, they smell a rat and I am sure that’s what’s driving this language.”
Lamothe has said his exclusion from the ballot “is political.” After Haiti’s Provisional Electoral Council (CEP) published the final list of 58 candidates Friday, confirming his disqualification because he lacked proper legal clearance.
Lamothe tweeted: “The Decision of CEP to exclude candidates from ELECTION is undemocratic, ARBITRARY and POLITICALLY MOTIVATED. Main Victim is: DEMOCRACY.”
His 81,000 Twitter followers had mixed reactions.
“Relax! Relax! Relax!,” Carmel Baptiste responded. “It’s just the beginning Laurent … Stay Tune. I will not let them Crucified you ... I’s On!!!”
Another follower, Ceant, responded in Creole that “elections don’t have superstars” then he paid homage to former President René Préval.
Two days earlier, Lamothe and his supporters tweeted the Rubio amendment, with one Haitian journalist going as far as to announce that the U.S. Senate was preparing to “punish the electoral coup in Haiti.”
Jake Johnston, a research associate with the Washington-based Center for Economic and Policy Research, said in general, getting the U.S. to report on whether elections are free, fair and transparent is a great precedent to set in Haiti, which has had fraudulent elections.
“Given past exclusion of not just candidates, but political parties, on dubious grounds, requiring the U.S. to report on such exclusions could be a positive step towards greater accountability,” Johnston said. “That said, ‘political reasons’ is a pretty subjective thing, and my concern would be how that is applied in practice.”
Read more here: Sen. Marco Rubio: U.S. funds to Haiti should be tied to free, fair elections